Studio 6 Agency founded by a group of agency runaways, striving to provide multifaceted, multichannel, multi-medium advertising and marketing support, traditionally the purview of much larger agencies. Grounding ourselves in a deep technical understanding of ideation, design, copy, code, and analytics, we adhere to a simple recipe for success: be a tiny giant. Our commitment to boutique agency-style client relationships empowers us to be lean, mean (by this we mean personable and nice), responsive, and adaptive. And thick glasses with addictions to learning, mastering cutting edge technologies, and data analysis fuel our passion to bring complex concepts to life as naturally (and beautifully) as the big guys. We take pride in our hands-on client service and our ability to deliver end-to-end campaigns that span the disciplines of print, digital, publicity and social media.

We are a close-knit, award-winning team with experience in the industry and life. Each team member is established in a particular industry and brings a unique set of talents to the table. This specific blend of experience and expertise allow us to easily understand our client needs and priorities. Our agency specializes in thinking big thoughts, putting them on small pieces of paper, building what we see on those small pieces of paper, and performing enough testing and refinement to qualify us as clinically obsessive compulsive.

Our team has decades of experience in media buying, and incorporates a holistic mix of traditional, online and digital mediums. Let’s see how you might strengthen your buys, your campaigns and your bottom line. What good is great advertising if no one sees (or hears) it? Our media planners and buyers have deep expertise in the nuances of researching, negotiating and implementing the most effective advertising placement. We develop targeted strategies and execute performance-driven media objectives. The result is a media solution perfectly crafted for you.

We’ve worked with individuals, companies, non-profits, and organizations to help build their visual identity and brand. What others see from the outside, says a lot about who you are, so it’s important to have a visual identity that is reaching your target audience. Let us work with you to help develop out your brand or start from scratch.

We can work with you to help create digital pieces to be used on your web and social media networks, as well as help develop and create print assets for those of us that still need to physically print something out every once in a while. Our interaction designers and content strategists create the architecture for media outreach programs and web experiences that are intuitive and enjoyable to use, while exceeding business and marketing goals for our clients.

We want to help create space to give your idea new life, to give it legs, to give it movement. These days, what better place than to start with a website. We have experience in working with a wide range of clients in helping to dream and create beautiful, functional spaces that are allowing their ideas to flourish.

Video is the lingua franca of the Internet, crucial to a well-rounded Internet strategy. A short video can tell a story that engages people in ways that words on a page can’t. Video allows for a creative mix of sights, sounds, animation, live action and special effects that can tell your story online, in presentations and across social media. From initial script and storyboard to shooting and post-production editing and animation, we provide concept-to-completion video work for Web, broadcast TV, sales support and corporate communications.

We bring our clients’ vision to life and shape consumer experience through creative concepts and an unparalleled commitment to usability testing.

We cultivate and raise the voice of your brand with a team of strategists, content managers, copywriters, and consumer responders, in order to drive meaningful social engagement with your target consumer.  We conduct a deeper audit of your desired vision, goals, audience, and channel opportunities. Working alongside your team, we’ll co-design a roadmap for community growth and content production. With clear goals and strategy in place, it’s time to put your plan into action. Our program covers all day-to-day digital activities used to cultivate community value. We connect once, twice, or four times a month to discuss progress, performance, and recommendations. Our huddles touch upon quantitative measurements and qualitative feedback.

Having a marketing strategy or plan makes the biggest difference in your business or organizational success. Those who invest the time to think about major goals and milestones along with how they will be reached are those who succeed. After all, a goal that isn’t written down is just a wish without a plan. Let’s put it in writing and set you on the path to success. A great vision requires a great plan. As someone once said, “Never go into battle without a map.” Planning is the key to making smart decisions and getting the best ROI out of your marketing budget. Bringing your marketing activities together into a unified plan improves the effectiveness of everything you do and every dollar you spend.

Good market research can provide a better understanding of your audience, reduce unnecessary risk and identify the best opportunities for deploying your marketing assets. We provide competitive intelligence to help our clients see where they are positioned vis-à-vis others in their industries. What emerges is an enlightening, 360° view of the marketing challenges and opportunities ahead. We believe that effective marketing begins with a sound strategic plan. A plan that should be put into a binder and referred to often. In short, strategic planning should be a continuous process of defining and redefining goals and objectives, developing strategies and evaluating results. 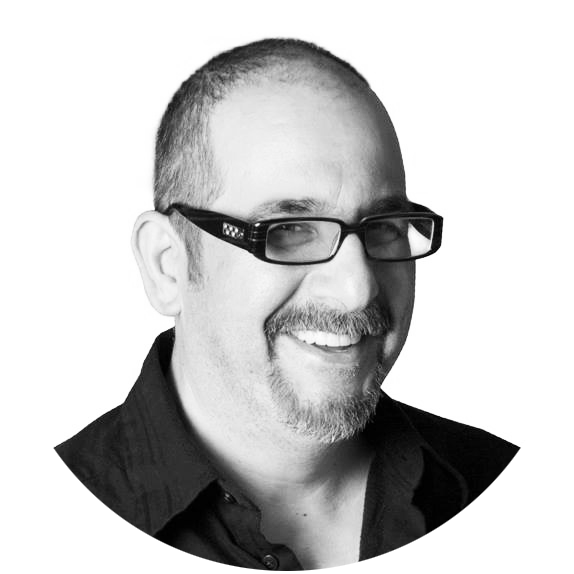 Lou is a man who tells it like it is, and doesn’t believe in apologizing for it, so if you were to say that he had “some” experience in advertising, he would be quick to point out that this is a ludicrous understatement. Over the last 35 years, he has worked at numerous national and international advertising agencies, including McCann Erickson, Saatchi and Saatchi, BBDO, J. Walter Thompson, and PACE Advertising, as well as several boutique agencies. His past clients have included L’Oréal, Ralph Lauren, Sony, and Dick Clark Productions, just to name a few. He has won several ADDYs, CableACE awards, Art Director’s Guild awards, and Graphic Design USA awards, and was part of two teams that won CLIOs. With a BFA from Pratt Institute and a masters in mass communication psychology from Columbia, Lou knows his business. He is a master of persuasion (self-proclaimed, but clearly not unfounded) and thrives on competition. In other words, he’s someone every business that wants to truly succeed should have on its marketing team.

Along the way – presumably between wisecracking and award-winning – Lou has managed to acquire quite an eclectic list of hobbies. He paints and sculpts. He engages in archery, sharpshooting, and carpentry. He listens to Leonard Cohen and Tom Waits. He watches movies: The Godfather is his favorite. He can even fly a plane. Now he wants to learn Irish step dancing. Considering everything else he’s achieved over the years, one more hurdle – or jig, as the case may be – shouldn’t prove too difficult. 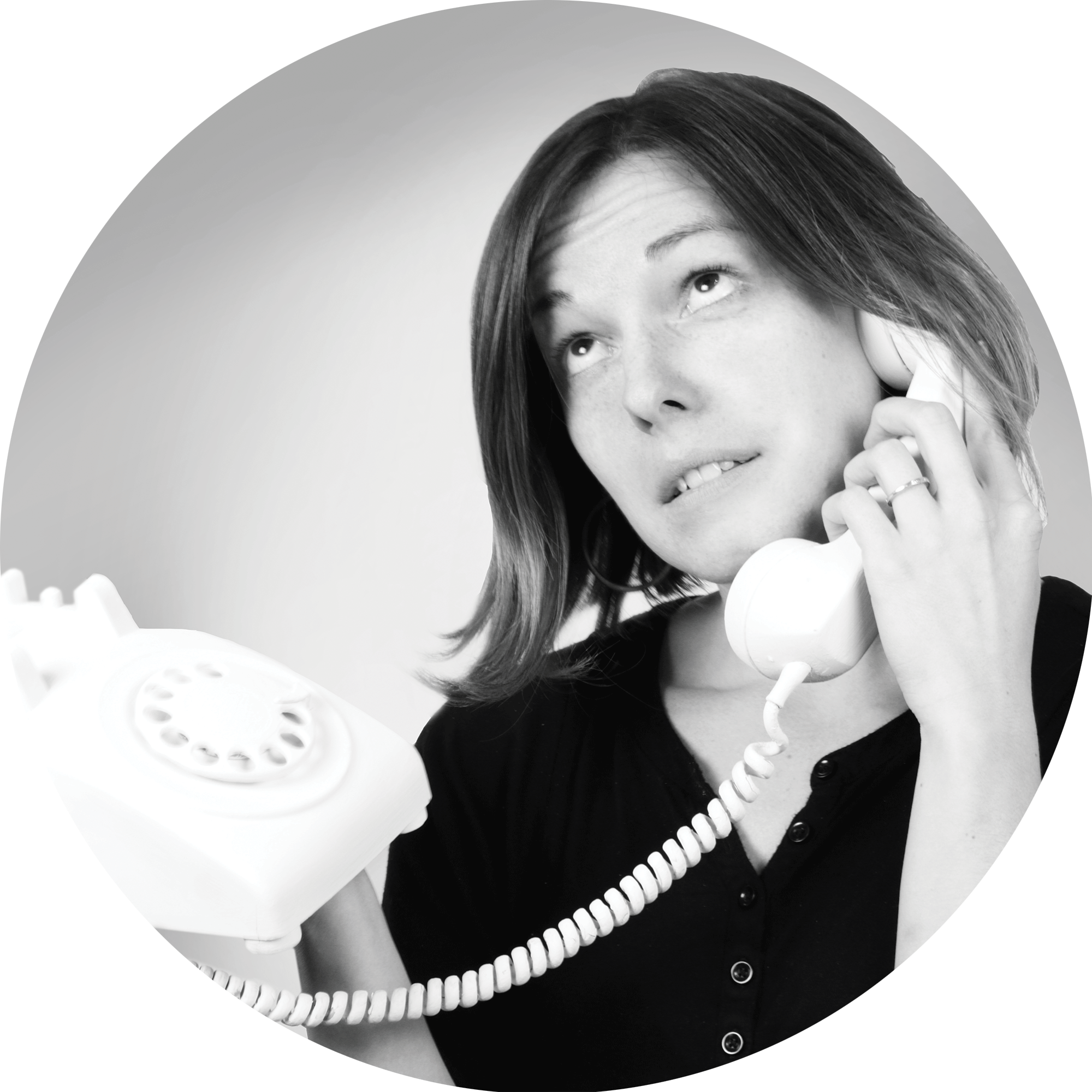 Maxie knows how to keep everything in the office running smoothly, a skill she attributes (albeit warily) to the fact that her astrological sign is Libra. But it probably has more to do with the fact that she’s had an awful lot of experience. Since she graduated from the Technical University of Ilmenau in Germany with an MBA in marketing, she has worked in the marketing departments of the German TV channel MDR, the Wurzener Food Company, and GoGorilla Media – a diversity that demonstrates just how versatile she can be. Whichever client she’s working with, Maxie applies all her skill, passion, and dedication to helping the company succeed.

Outside of the office, Maxie is just as multifaceted as she is inside. A self-described handy girl, she loves working in the yard and building things. But she’s also a devotee of Star Wars, The Lord of the Rings movies, and Buffy the Vampire Slayer, a 1980s music fanatic, a $64 lottery winner, a chocolate milk addict, a dinner-for-breakfast eater, and – amazingly enough – an accordion player. In the future, she would love to mentor an exchange student in the ways of the Force – sorry, make that business. 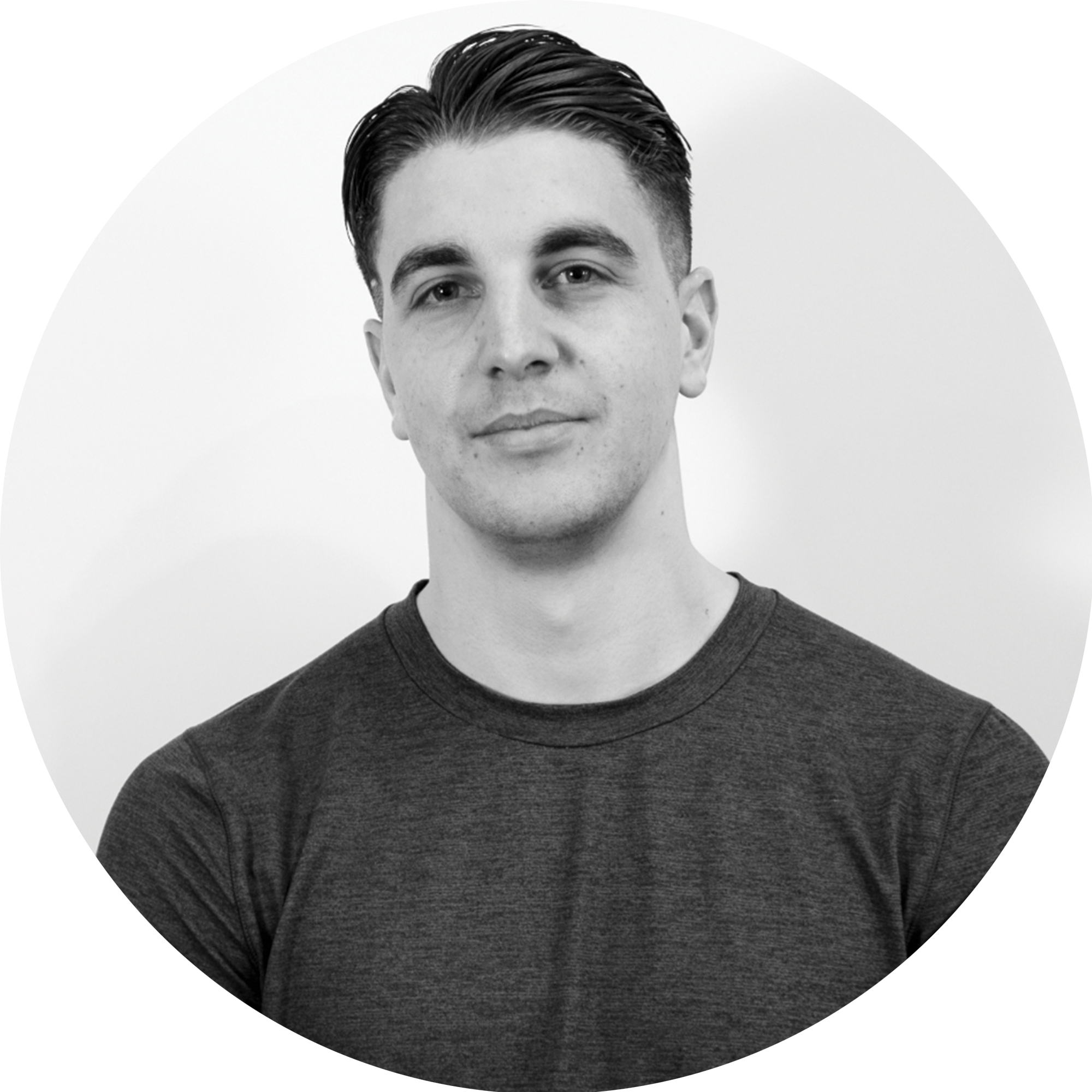 Bobby’s had an interest in advertising since seeing the old commercials for Tang on Nickelodeon. It’s fascinating how an ad agency could use a bunch of orangutans to make a powdered orange juice look appealing. Two main things drew Bobby to pursue a career in this industry; the perfect blend of creativity and strategy, and the opportunity to compete. Bobby went to Florida Atlantic University before Lane Kiffin made it cool to go there. After going out on his own, Bobby was driven by the never-ending effort to provide higher quality services to his clients, so his clients and he found a home at Studio 6 Agency.

A few things you need to know about Bobby. His fiance turned Bobby into a bit of a foodie, so he enjoys taking clients to get good food in unknown places. He’s loved cars and hair gel since seeing the movie Grease. Bobby enjoys sitting in the cheap seats with a Miller Lite a bit more than sitting in a luxury box with a craft beer, oh yeah, did we mention he loves football & baseball? Bobby seeks out competition; he loves to play/watch football, baseball and basketball. If you snowboard or ski, he’ll likely challenge you to a race at some point. 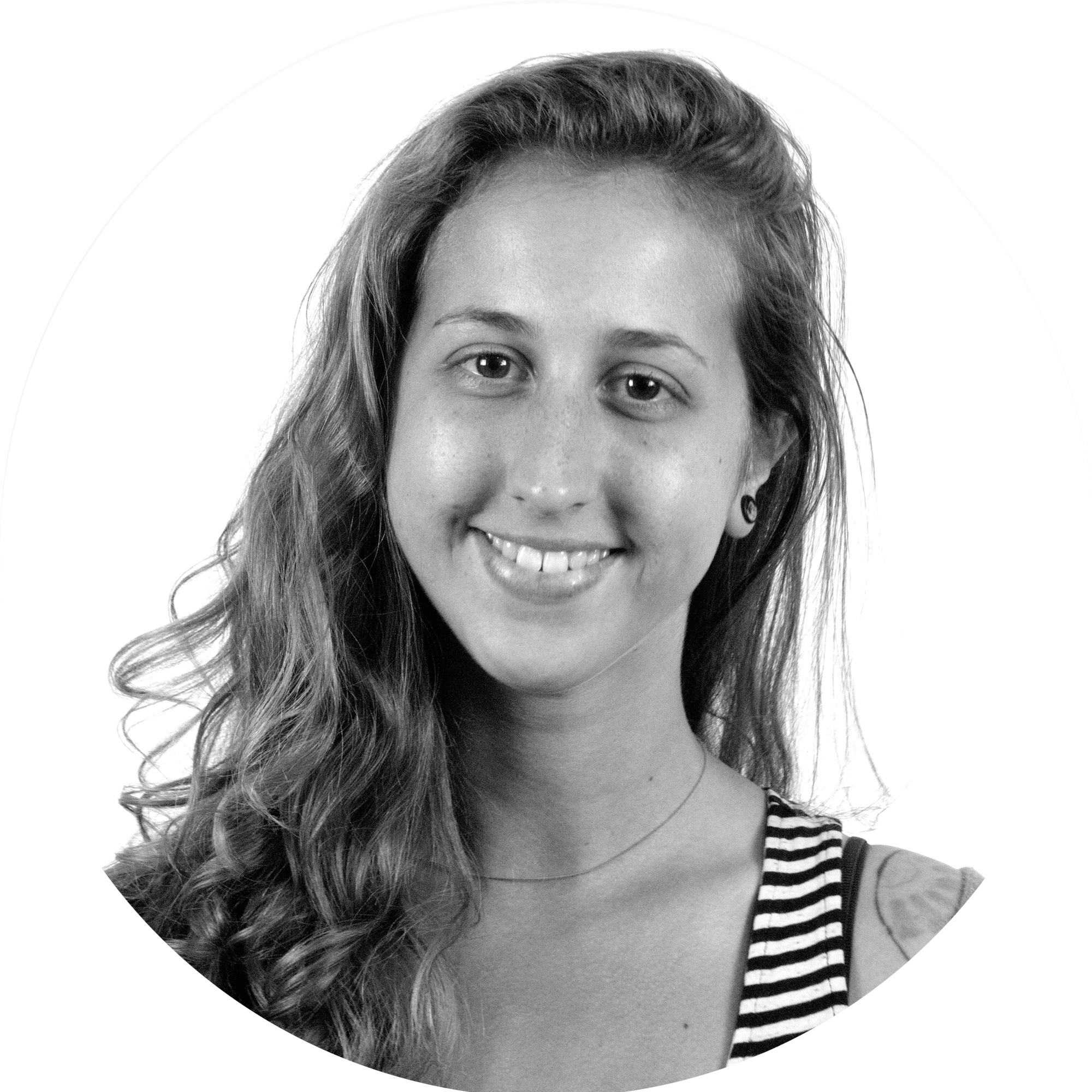 Allie and art go together harmoniously and it shows in her work as she turns her clients’ visions into something tangible. Have an upcoming event that needs advertising, or a business card in need of some spicing up? This Graphic Designer that graduated from the Art Institute of New York is your girl, but her dedication to succeed and motivation to overcome challenges is not something a school can teach. A self-described avid list maker, with experience in both digital and fine art, Allie is either glued to her computer screen working on a new project, or gathering items to turn into a mixed media collage.

Allie loves utilizing her creativity to make the space around her more beautiful, especially her hometown of Beacon. You can find her zipping through the streets on her longboard, probably barefoot, and on the hunt for a delicious beer and some awesome live music. She dreams of one day living near the ocean, as it is her favorite place to be when she isn’t home. Tattoos, ballet, true-crime and cats are words you’d find in the dictionary under Allie’s name. She feels especially passionate about preserving our absolutely beautiful planet and does all she can to minimize her environmental impact. Allie just wants everyone to be kind and to be cool. 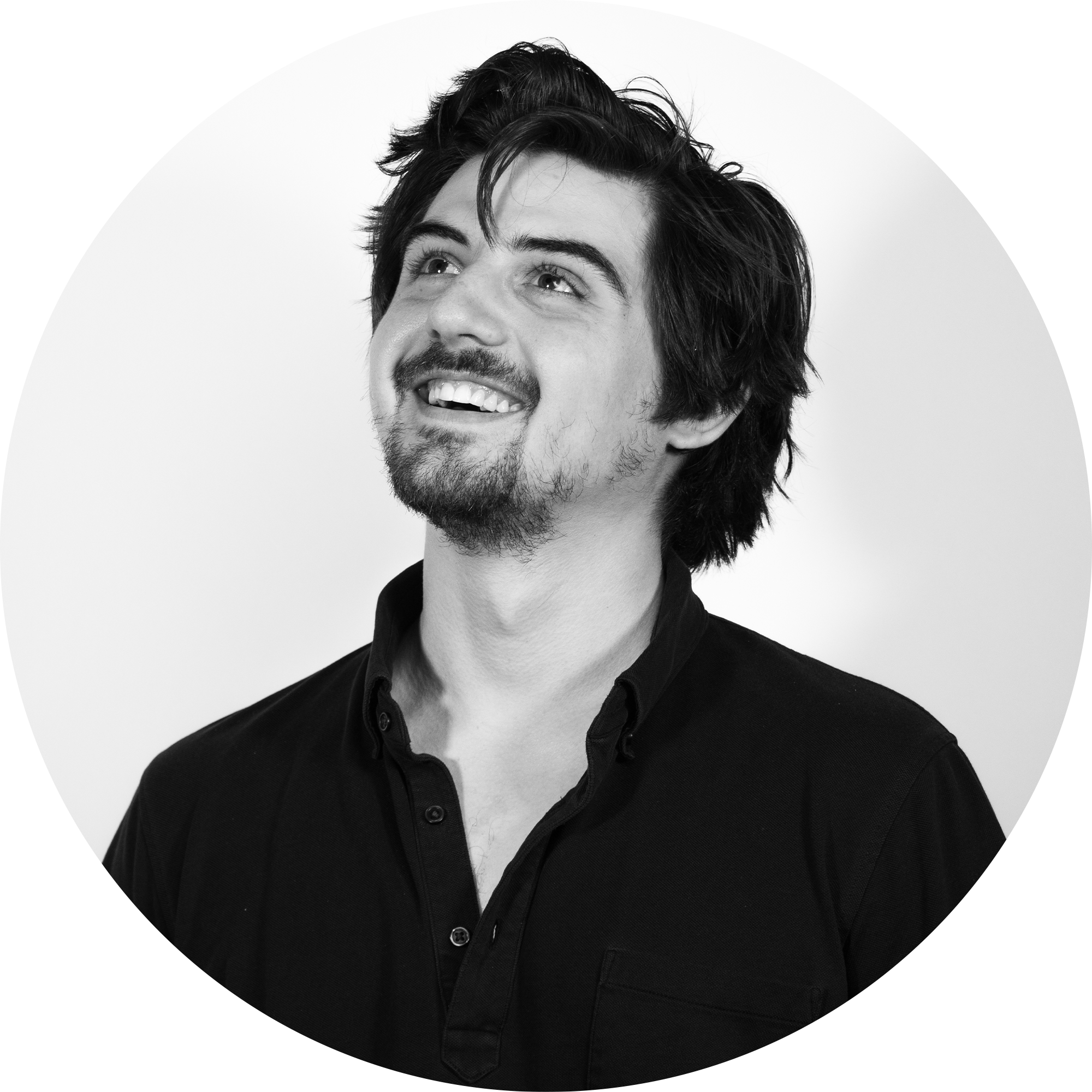 Grannell Knox has been making films since before he could walk. Ok, maybe slightly later. But definitely since childhood. His career in media and the arts took off at NYU Tisch, where he majored in experimental filmmaking. He shot, directed, and edited his first feature, “Naklin” his senior year. Following college, he has created hundreds of videos ranging from vlogs to promotional pieces, working for viral YouTube channels and major brands including Bloomberg Philanthropies, Cornell University, and 9/11 Memorial. His second feature film “American Dream” is set to premiere in 2020.

He is passionate about photography, videography, directing, editing, and all around creating art with each and every project, even the seemingly mundane ones. When he’s not in the office, you’ll find him out in nature with his family, taking more photos, or up into the wee hours of the night working on his own projects. His motto: “make more content!”